The following industry leaders will bring their experience and expertise to the game in adjudicator roles to assess each team on: 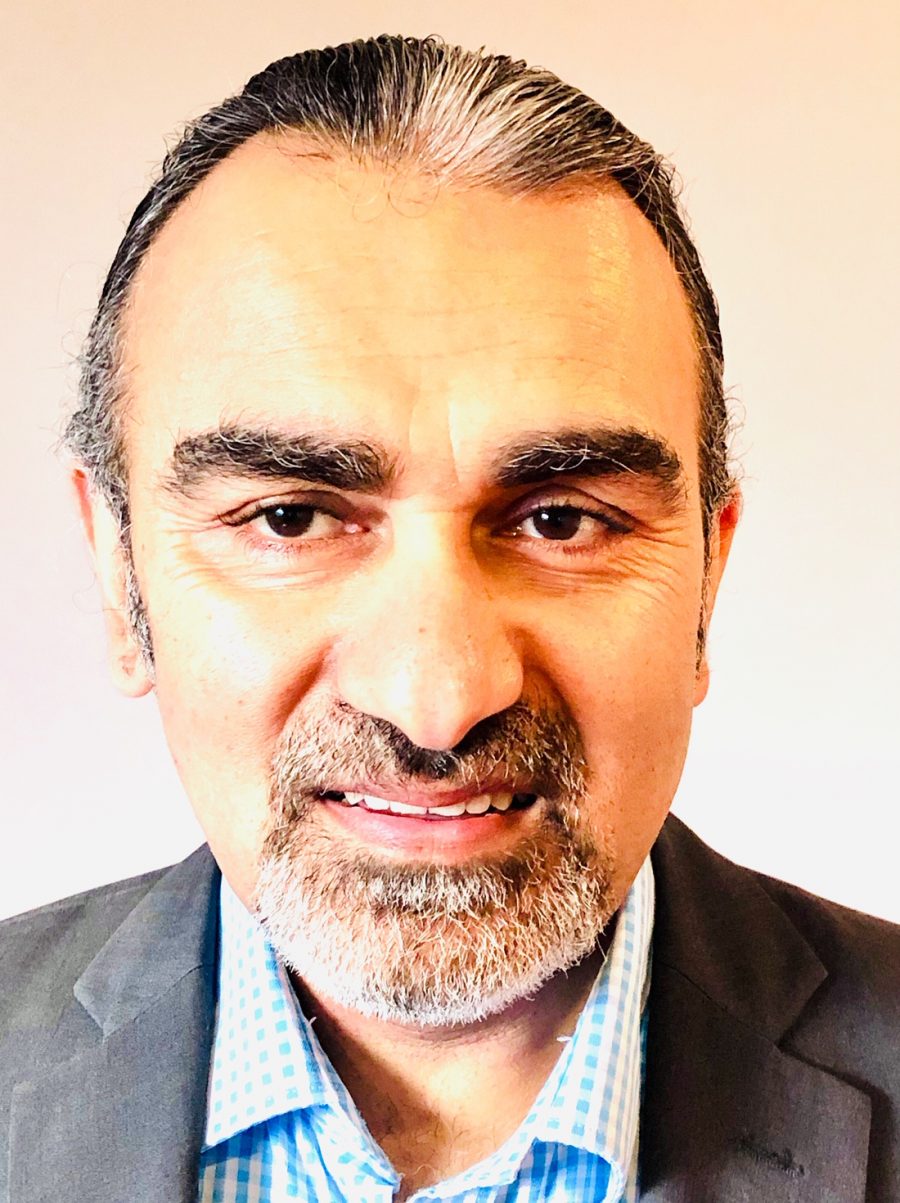 Andy is a senior executive passionate about leading and transforming IT and Cyber Security businesses through an entrepreneurial and intrapreneurial approach.

Andy has held senior leadership positions in Cyber Security and IT over the past twenty five years across multiple industries around the world. During this time Andy has held management roles at PricewaterhouseCoopers and led Telstra’s Innovation centre in Sydney. Andy spent over fifteen years at Commonwealth Bank in a range of security leadership roles most recently as the Global Head of Cyber Security and IAM services.

Andy is currently the Chief Information Security Officer at Ausgrid.

Andy holds a Bachelors Degree in Computer Science and Engineering, a masters in Computer Modelling and Simulation from Sunderland University in the UK and an MBA from Deakin University in Technology Management.

Ad joined Energy Australia (EA) in October 2015 after enjoying a career break. With 20 years of experience in Information Security, Technology Risk, Compliance, Assurance, and IT Service Management, Ad is responsible for IT Security, Risk & Compliance and BCP/DR.

Prior to EA, Ad worked at GE Capital, Telstra, NAB, CBA, IBM and some of the Big 4 accounting firms. Ad specialises in bridging the gap between security requirements, technology controls and business process needs by utilising pragmatic approaches and proven methodologies like ITIL, CobiT and ISO.

Some of Ad’s work achievements include:

Ad’s interests outside of work include spending time with his family (2 active boys), sport, theatre and travelling. 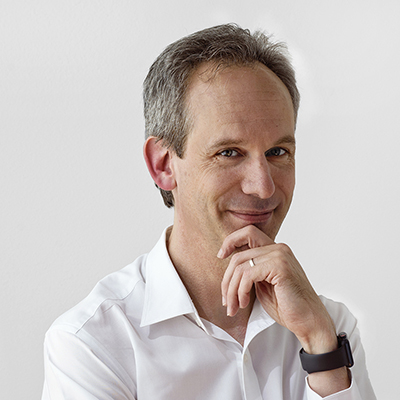 Berin Lautenbach is the Chief Information Security Officer Asia Pacific at Telstra and has an extensive and diverse background in Cyber Security spanning 25 years. Berin loves the big cyber security challenges and bringing together a team of great minds to protect customer and corporate data and the Telstra network.

His more recent roles have included leading the Information Security team in GE Capital Australia followed by setting up and leading the Security Architecture team for GE Capital globally. Berin has been involved in projects covering a wide range of security technologies such as intrusion detection; application security and malware control, to name just a few.

Berin worked for a number of organisations including the Department of Defence Australia, Dimension Data, National Australia Bank and GE, before joining Telstra in 2015. 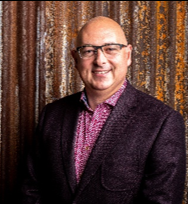 Mackenzie has 20 years experience in information and cyber security management with diverse organisations across the financial services and IT services industries. As the Divisional CISO at QBE Australia, Mackenzie is responsible for the cyber security program covering Australian, New Zealand, Pacific Islands and Indian operations.

Prior to joining QBE, Mackenzie has held senior information security roles with large multinational companies, including Toyota Financial Services, CSC (before it became DXC), along with previous roles at Macquarie and Westpac. Mackenzie previously spent 11 years in the Australian Army, serving in a number of roles, including establishing the Australian Defence Force Security Incident Response Team (ADF SIRT).

Mackenzie believes people are the most critical element a cyber security program, and focuses on developing them through effective leadership.

Mackenzie holds an MBA and Masters of IT, along with CCSP, SABSA SCF, CISM, CISA, and CRISC. 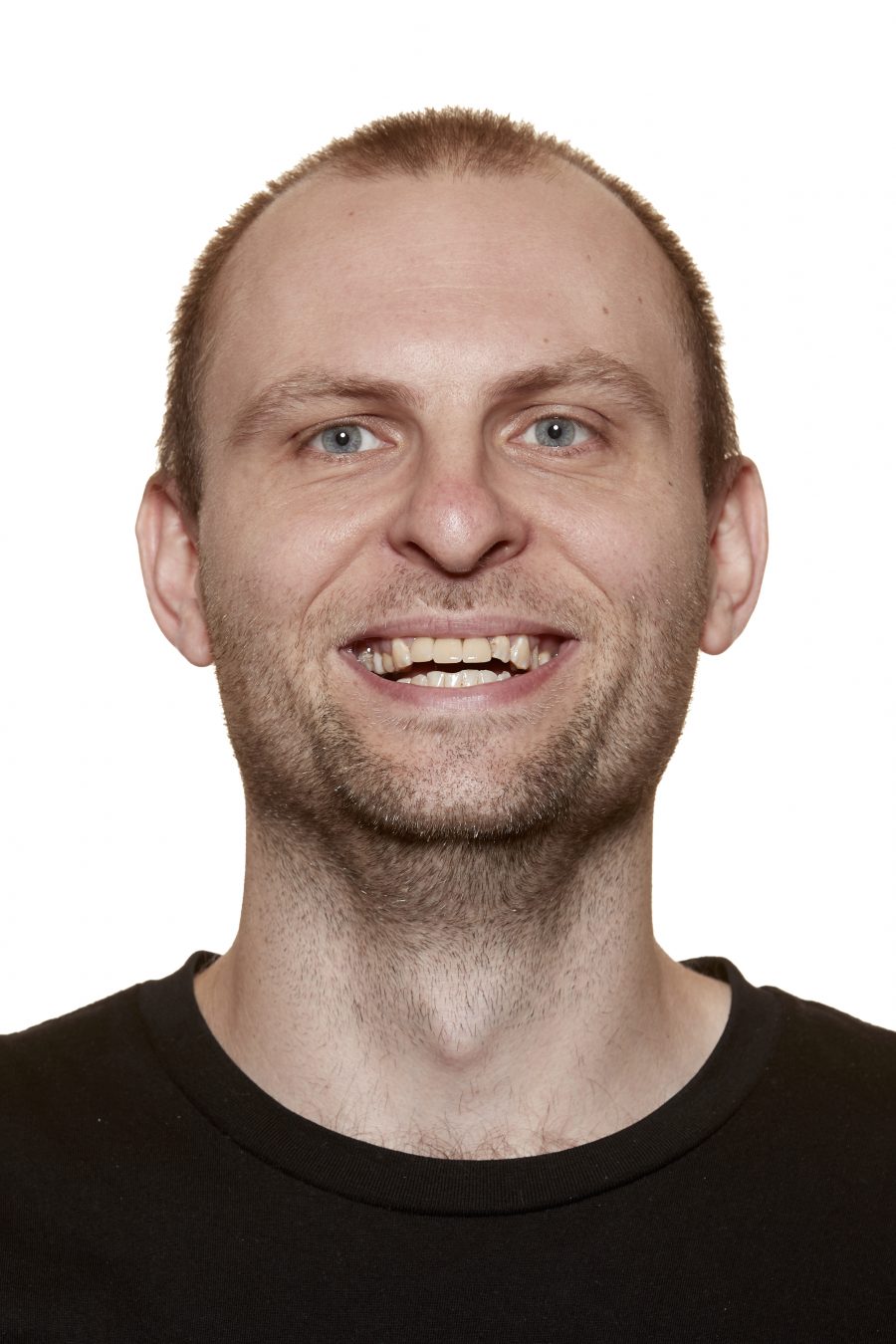 Daniel is the 100% cyber-free Head of Security at Atlassian. He files TPS reports so that his team can fight the good fight, protecting the clouds. 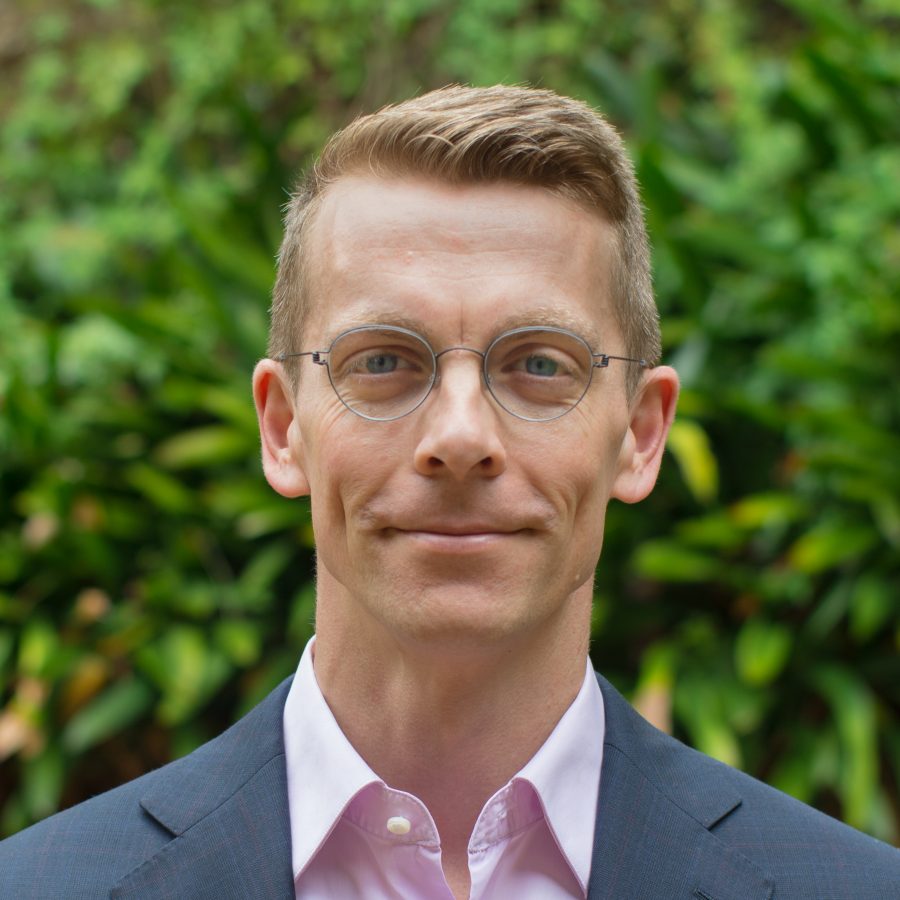 Between 2007 and 2015, Fred was fortunate enough to start a consulting company, build 5 SOCs on 3 continents, develop a software product (which failed spectacularly!), and immigrate to Australia – where he currently resides with his family.

Fred holds a B.Sc. in Computer Science and is currently the CISO at Transport for NSW. 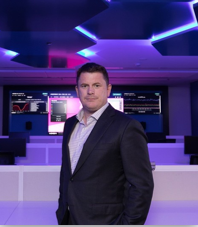 Jamie is Assistant Commissioner and Chief Information Security Officer for the Australian Taxation Office, responsible for delivering the foundation for trust and confidence in the ATO’s digital services. He leads the ATO’s Security Governance and Security Operations teams, including Cyber Security Operations Centre and Digital Forensics across Australia.

With more than 20 years’ experience in the security industry across Australia, Asia and Europe, Jamie understands that organisations are under increasing threat from malicious actors, particularly as a result of exponential growth in digital services and digital transformation, which alters the modern attack surface. His focus is on helping organisations measure and improve cyber maturity, while gaining better “situational awareness” and insight into security posture.

Jamie has extensive private sector experience working in leadership roles across many well-known security companies including Check Point, Tenable and VeriSign. He was also inaugural CISO for the World Health Organization (WHO) where he developed the governance framework for the WHO’s cyber security program.

Jamie sits on a number of boards and committees as a security expert, including oversight of the global CISM certification for ISACA. He currently holds CISA, CISM, CISSP and CGEIT certifications together with degrees in Commerce (Accounting) and IT (Software Engineering) from the Australian National University. 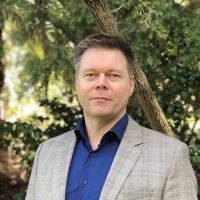 James Turner is the founder of CISO Lens. Since 2005, James has specialised as a security industry analyst and advisor, gathering, curating and disseminating information that is of strategic importance to the cyber risk management of Australia and New Zealand’s largest organisations.

James works as a shared resource across the CISO Lens community, facilitating connections and collaboration across organisations, industries and countries. On behalf of IBRS, James facilitates the CIO Cyber and Risk Network, a team of CIOs from across Australia who share information, experiences and better practice. 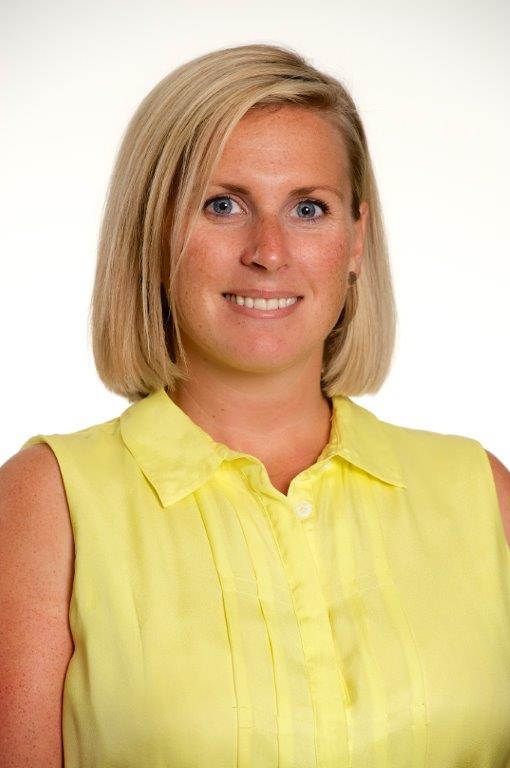 Kristin and her team are driven by the passion to empower citizens to make decisions that enable them to transact and interact more safely online. She effectively engages and brings together security and business areas with an authentic and pragmatic style based on open communication and trust. 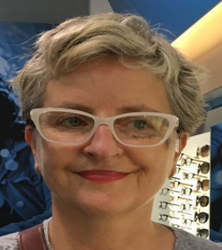 My journey to become a cyber security leader has been one of the best experiences of my career … explaining 2FA, re-auth, CSIRT, @haveibeen pwned, DDOS, DLP, SSO, SSPR, C2M2, ‘false positives’, think like a hacker … keeps me coming back for more…

Mary is the Digital Security Officer for Energy Queensland (EQL) Group formed in June 2016 delivers electricity across Queensland. Mary is responsible for the EQL cyber security program aimed at protecting the organisation systems, network and assets from internal and from external threats.

Mary held senior executive roles with the Australian Government in Defence, where she led business transformation programs in software and systems engineering.She has represented the Defence at NATO forums in Washington DC, UK Ministry of Defence and the German Bundesministerium der Verteidigung.

At Deloitte, Mary specialised in business transformation in Technology, Telecommunications, Banking and Energy Services and was the national practice manager for culture and organisation change.

Mary currently serves as an independent assurance advisor on high risk ICT programs for governments.She has served as a board member on private and not for profit boards and held company directorships.

She holds an MBA (Macquarie University), BSC majoring in Psychology (ANU), and a BA History and Professional Writing (Canberra University). 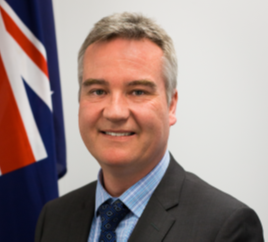 After a long career in the National Intelligence Community, Sean joined the Department of Immigration & Border Protection in 2013 as head of technology operations with the responsibility to manage merger of the Customs and Immigration ICT environments.

As a result of the creation of the Department of Home Affairs in December 2017, Sean was tasked with creating a dedicated cyber security capability for both the Department and the Australian Border Force. From October 2018 Sean has led the Cyber Risk Services branch in his role as the Deputy Chief Information Security Officer. 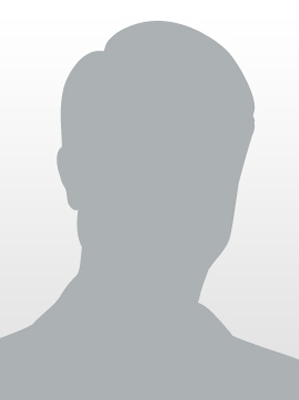 William Yeack has worked for the last 30+ years in 47 different countries to blend technology, people and process in emerging markets or technology. He is active with boards of directors, organisations and companies. He was with NTT Communications as an executive focused on information security thought leadership. As one of the Internet luminaries since 1980, he worked early and aggressively to establish the reality of the vision in the industry. Mr. Yeack also served as President of Tandem Services where he helped drive a global transformation. Mr. Yeack served as an Executive Vice President of Exodus Communications, Inc in the 1990’s where he leveraged his extensive experience with international development and operations and mergers and acquisitions.

As a frontier technologist, Mr. Yeack is an internationally acclaimed writer and award winner for some of the most complicated and difficult worldwide technology projects. He brings decades of knowledge beginning with helping to build out front and back office financial trading systems in London, Tokyo, Paris, and The New York Stock Exchanges in the mid to late 1980s where he helped define the trading platform of the future. In 1990’s Mr. Yeack was in charge of many global mega projects on a world-wide basis. Mr. Yeack has been part of building several “Silicon Valley Unicorns” and understands leveraging Sales, Marketing and bleeding edge engineering.

As a critical policy issue, Mr. Yeack is currently helping guide some of the most advanced Information security technology companies today. His deep knowledge of the systematic problems of information security enable him to see though many of the largest problems today.

He is a seasoned public industry speaker and has published over 25 books and articles.